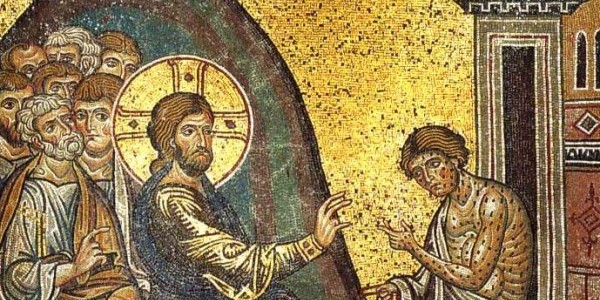 I’m celebrating in advance: Joe and I do not have leprosy, and soon we will have a doctor’s report saying so.

We are gathering the required documents to apply for a visa for our longer-term stay in South Africa.  One of these is a medical certificate verifying that we do not have, among other conditions, leprosy.

I have never wondered if I have leprosy.  I’m certain the doctor whom I will visit later this week will find me in the clear.

But I have wondered about leprosy, as many of us who preach do (leprosy is one of those topics, along with animal husbandry, sheep and goats in particular, and agricultural practices of the holy land in the days of Jesus about which preachers find ourselves learning more than we had ever planned to. Happy belated Good Shepherd Sunday to all!)

A report on NPR in 2017 stated that the number of cases of leprosy (or Hansen’s Disease) worldwide has declined by 90% since 1985.  According to American Leprosy Missions, due to an effective combination of drugs, developed in the 1970s and recommended by the WHO beginning in 1981, leprosy is almost 100% curable.  An estimated 5,000-6,500 people in the US live with leprosy or the effects of leprosy, with 168 new cases of leprosy reported in the US in 2016. According to Leprosy Mission (Southern Africa), about 3,000 people in South Africa deal with the disease or its effects.  Fourteen countries account for 95% of all cases.  In 2016, 214,783 new cases were reported in a total of 143 countries.

Ninety-five percent of all people are naturally resistant to the disease, and it’s not categorized as highly contagious. You can’t catch leprosy through casual contact, like from a stranger sneezing on a bus or coughing on an airplane.

Nevertheless, even with a high cure rate, lower numbers of people contracting the disease, and medical experts saying there is no reason to isolate people being treated for it, isolation and stigmatization of people with leprosy is still a problem in many places in the world.  Fear of the disease still leads many people to reject and persecute those who suffer.  Medical treatment is still important. So is not further afflicting those who are ill by rejecting and isolating them.

Damien de Veuster was a Roman Catholic priest from Belgium who went to Hawaii in 1864.  In 1866, people with leprosy were exiled to the island of Molokai.  Damien asked his bishop’s permission to go live and serve on Molokai.  The bishop introduced Damien to the 816 people quarantined there as “one who loves you so much that he does not hesitate to become one of you, to live and die with you.”  Even before he eventually contracted the disease, he referred to himself and the people he served as “we lepers.”  We lepers.

Jesus loves us so much he did not hesitate to become one of us, to live and die with us. It seems that Jesus still calls us not to be afraid to heal, get close to, share our lives with lepers.

For more about Damien of Molokai, and about the woman who cared for him when his disease made him unwelcome among others in the church and government, see https://standingcommissiononliturgyandmusic.org/2011/04/15/april-15-damien-marianne-of-molokai-priest-leper-1889-religious-1918/