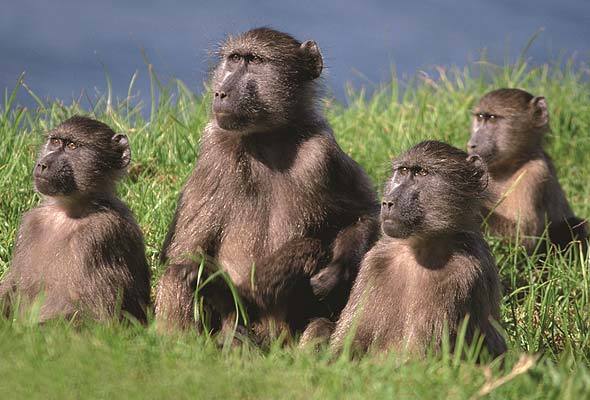 Amy and I had the great pleasure of meeting with Brother Daniel at the Mariya uMama weThemba Monastery in Grahamstown yesterday. It’s a beautiful place run by the Order of the Holy Cross, an Anglican Benedictine order that was founded by James Huntington, an Episcopal priest from the diocese of New York. Brother Daniel was such a gracious host epitomizing the Benedictine virtue of hospitality.

As Brother Daniel escorted us to our car, he showed us a bit of the beautifully maintained grounds of the monastery. He mentioned in passing that they were having problems with baboons lately. A group of about six were descending upon the monastery grounds making quite a mess.

Brother Daniel said they were thinking about getting some paintball guns. Apparently it’s a good way to shoo away the baboons. Even Benedictine hospitality has its limits.