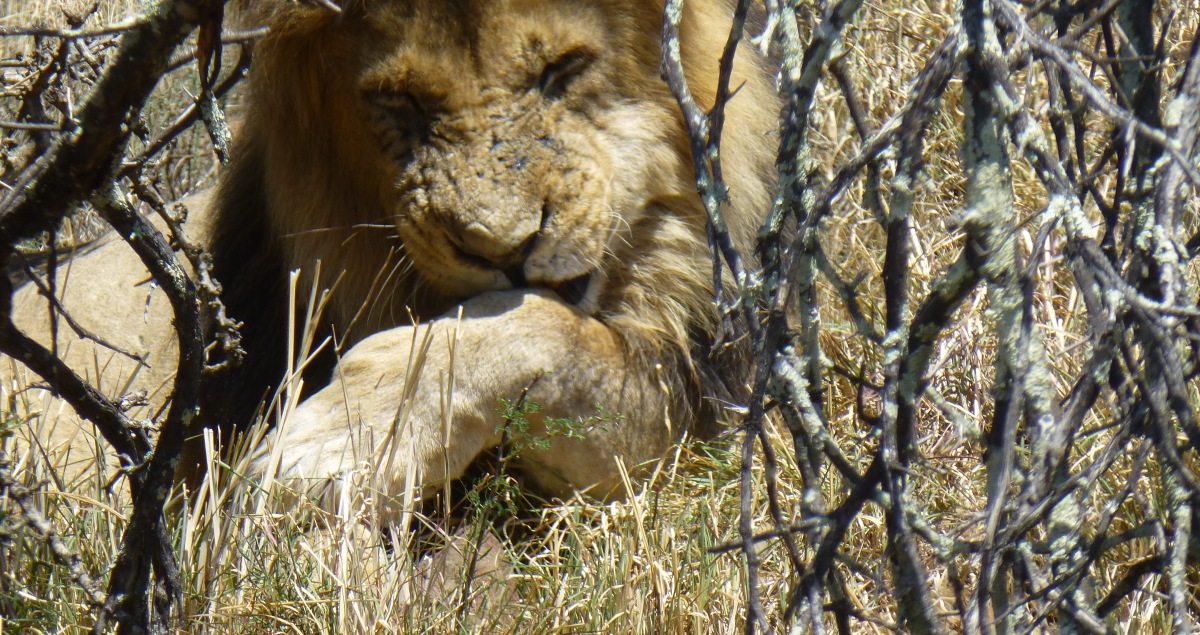 In the Christian tradition, Jesus has often been portrayed as the Lion of Judah. This is based on a passage from Revelation (5:5), which says, “Then one of the elders said to me, ‘Do not weep. See, the Lion of the tribe of Judah, the Root of David, has conquered, so that he can open the scroll and its seven seals.’”

One of my favorite portrayals of Christ as the Lion of Judah is from C. S. Lewis’s The Lion, the Witch and the Wardrobe. It seems to get right the awesomeness of Christ’s power and goodness. I think especially of the conversation between the children and Mr. and Mrs. Beaver about whether Aslan is “safe.” Mr. Beaver says,

“Aslan is a lion–the Lion, the great Lion.”

“Ooh!” said Susan, “I’d thought he was a man. Is he–quite safe? I shall feel rather nervous about meeting a lion.”

“That you will, dearie, and make no mistake,” said Mrs. Beaver, “if there’s anyone who can appear before Aslan without their knees knocking, they’re either braver than most or else just silly.”

“Safe?” said Mr. Beaver. “Don’t you hear what Mrs. Beaver tells you? Who said anything about safe? ‘Course he isn’t safe. But he’s good. He’s the King, I tell you.”

This weekend Amy and I went to Mountain Zebra National Park in South Africa. We saw lions! Here’s a picture of one we got really close to, so close, in fact, that we could see the scars on his snout. 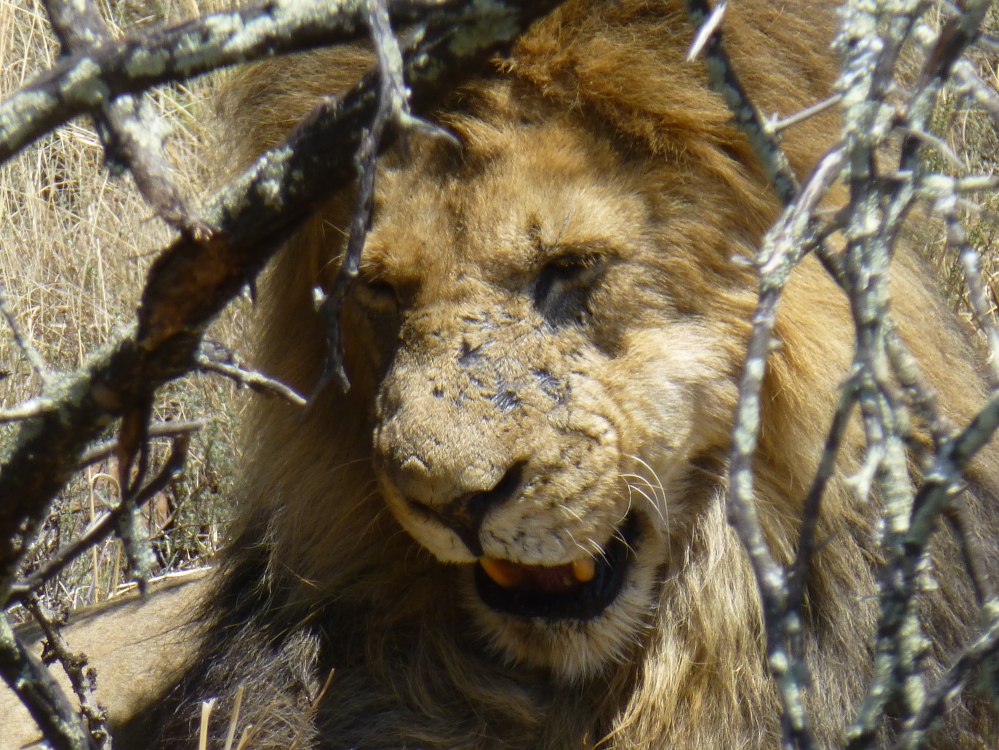 Who knows how he got these scars. A fight with another male? As he killed prey? From walking through a thicket in the bush?

In any event, the scars on the face of this lion got me thinking about the portraits I’ve seen of Jesus as the Lion of Judah. They all seem to capture the awe and majesty of Christ’s kingly power. Magnificent, radiant, perfectly groomed lions. But the Lion of Judah that we meet in Revelation is also the Lamb who was slaughtered (Rev 5:6). This Lion still bears the wounds of the crucifixion. Perhaps the scarred face of a lion may better portray the Lion of Judah that we meet in Jesus. He is a great King above all kings. He is good.  And he has conquered the powers of sin and death through his cross and resurrection. He has the scars to prove it.

Will following the scarred Lion of Judah be safe?