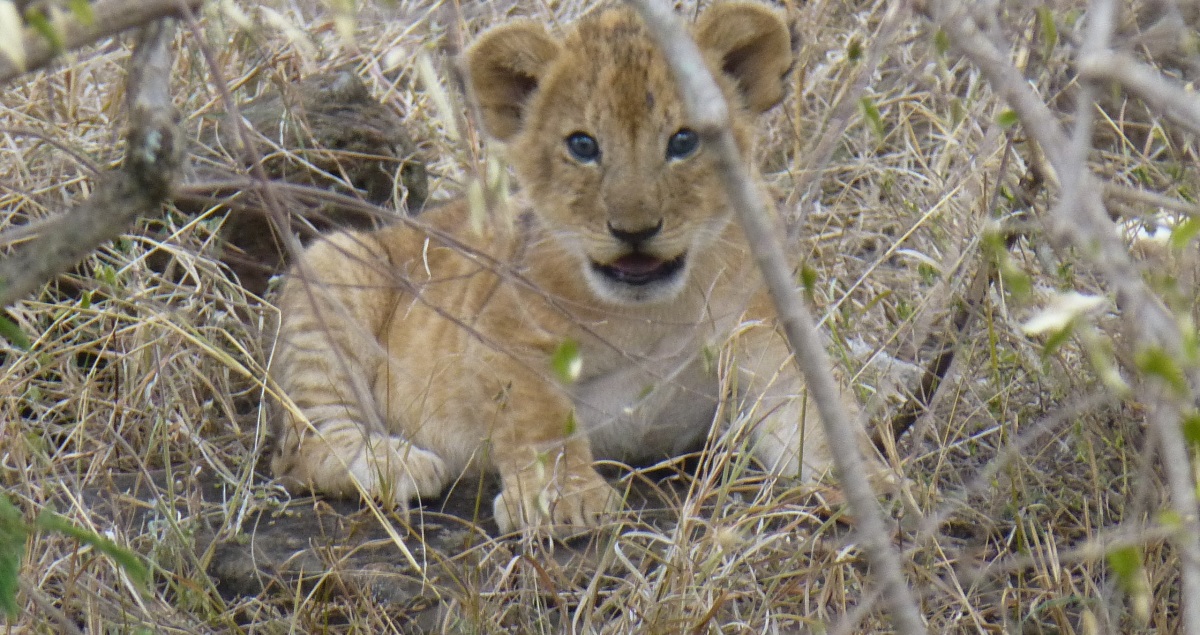 Joe and I have been back in the United States for about two weeks. It’s been really fun sharing photos and stories with friends since we arrived home. Going through photos seems a great time to share some more about those creatures I’m calling my Small but Mighty Five. This time—baby animals.

But still—baby animals! If mightiness is about their power to evoke some response, these small creatures (at least smaller than their full-grown counterparts) are mighty indeed.

I mean, look at this guy

Baby rhinos weigh about 55-100 pounds at birth and their gestation period is 18 months. Male adult white rhinos can weigh 5,000 pounds and females can weigh 3,700 pounds. A baby stays with its mother for about 3 years.

Here’s another mother and infant.

This little one is much smaller than a baby rhino, but no less mighty in awww factor

Our guide told us that baby cheetahs have manes and coloration that resemble that of honey badgers. Looking like this aggressive animal provides protection while the cub grows. Here’s a link that shows the similarity.

Here’s another small (compared to what it will be someday) and mighty animal:

Baby giraffes weigh 100-150 pounds and are 6 feet tall, and are born after a 14-month gestation period. They can walk on their own after about an hour.

Zebra babies are also amazing! Friends told us that zebras’ can stand within 15 minutes of birth and that their legs are the same length as adults’ legs. This way, a predator can’t see a baby standing behind its mother since their stomachs line up. Along with their stripes, their long legs help protect them.

Okay, one more small (compared to what it will be someday) animal:

Baby hippos weigh between 50-110 pounds (tiny compared to the 3000-plus pounds they’ll weigh someday). Hippos are dangerous but adorable at a distance.

Next time: back to smaller mighty creatures. But for today, enjoy the awe of awwww . . .