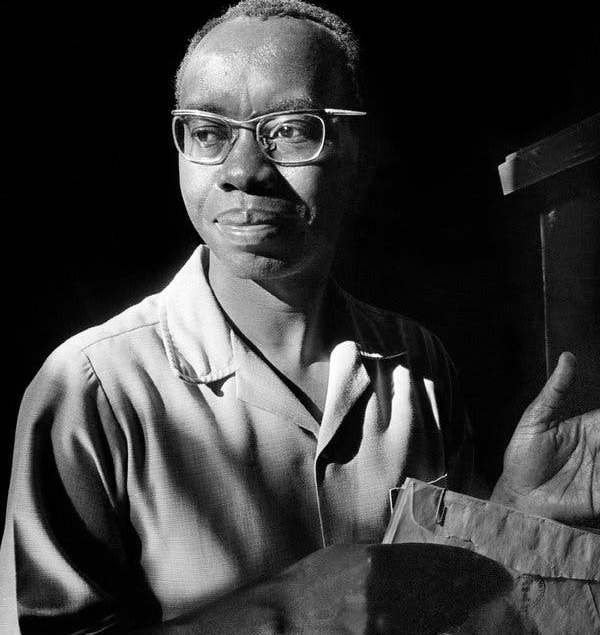 If anyone is interested in John Mbiti’s understanding of the relationship between Christianity and African religions, here is a brief excerpt from my new book.

In the conclusion to New Testament Eschatology in an African Background, Mbiti writes, “A study of African Religions and Philosophy must be taken more seriously than has hitherto been the case. It is here that we can expect a fruitful and living dialogue between Christianity and African religiosity…. It is here too that we must seriously ask ourselves to what extent the Christian Message as embodied in Christ Himself could be seen as a fulfillment of African religiosity. Similarly, how far can we, or should we, regard African religiosity as a praeparatio evangelica? It is not enough to answer these questions with one or two sentences. More study and research are obviously necessary, for the field is vast and excitingly promising. It is here … that we shall probably begin to discern a uniquely African contribution to Christian Theology at large.”[1] In this statement, Mbiti gives us insight into his extraordinary research and publishing agenda on African Traditional Religion (hereafter ATR). More than any other scholar of his generation, Mbiti helped us to better understand the nature of ATRs through his enormous scholarly output. Also, in this statement, Mbiti shows us that he stands in the tradition of fulfilment theology. His focus is limited to the relationship between Christianity and African Traditional Religions rather than Christianity and all the world’s religions. Nonetheless, the fulfillment approach is evident. His questions about the extent to which ATRs can be viewed as a preparation for the Gospel and how it is that Christ can been seen as the fulfillment of African religiosity are the questions of a fulfillment theology of religions. In this section we will see how Mbiti contributes to this Anglican tradition of fulfillment theology.

By considering ATRs as a preparation for the gospel, Mbiti is criticizing older missionary ideas about African religion and culture. Mbiti is firm in his rejection of older ideas about ATRs that see them as demonic and devoid of anything of value. He writes, “The old nonsense of looking at African background as devilish and fit only to be swept away by Euro-American civilization, is or should be gone by now.”[2] In another place, he uses an example from Uganda to illustrate this older attitude: “We have isolated the Baganda more or less at random to illustrate, or rather to repeat, the well known pattern of attitude depicted towards indigenous cultures in the initial, and much of subsequent, process of evangelism in African societies. Terms like the ‘heathen,’ ‘pagans,’ ‘primitives,’ ‘wretched,’ ‘savages,’ ‘children of Ham,’ ‘the lost souls,’ etc. were household words in the lips arid pens of western missionaries and some of the African converts, describing African societies and their ways of life.”[3] In his Introduction to African Religion he begins by correcting a number of mistaken ideas about ATRs. The headings are as follows: “African Religion is wrongly called ancestor worship,” “African Religion is wrongly called superstition,” “African Religion is wrongly called animism or paganism,” and “African Religion is wrongly called magic or fetishism.”[4] This “old nonsense” ought to have no place in a serious appraisal of the nature and value of African religion and culture. Seeing ATRs as a praeparatio evangelica is markedly different from this older approach. It views African religion and culture as having an inherent value and claim to our attention that cannot be simply rejected in favor of a westernized version of Christianity.

It should be noted, however, that Mbiti does not view missionary Christianity in an entirely negative light. He says he has “personal admiration and appreciation” for some of the achievements of missionaries and for the support they received from their home churches.[5] They persevered in difficult circumstances in “obedience to the commandment of our Lord to evangelize all the peoples of the world.”[6] Mbiti also recognizes that foreign missionaries at times opposed colonial administrators and colonial policies that were detrimental to the interests and wellbeing of African peoples.[7] Therefore, while Mbiti is firm in his rejection of older missionary views of ATRs as demonic and devoid of value, he is also capable of a nuanced view of missionary Christianity that doesn’t see it as completely negative.

That said, Mbiti does not choose to spend too much time debunking the faulty views of African religions and culture found in missionary Christianity. As Kwame Bediako says, “the subject of missionary errors and misconceptions concerning African religious life figures less prominently in Mbiti’s work than in the writings of some other African theologians. In 1974 Mbiti was lamenting that ‘when African Christians take the microphone on the Church platform, they exhaust themselves with harping on the ills and mistakes caused by missionaries or Western Churches.’ (Mbiti 1974: 19). One commentator has observed rightly that Mbiti’s ‘… perspective suggests that African theology should first and foremost address itself to the positives of Christian faith and the vast agenda of African theology ill affords wasting time with constant litanies about the foreignness of the church and the mistakes of missionaries.’ (Kinney 1979: 66).”[8]  Therefore, instead of spending the bulk of his time criticizing negative views of African religions and culture, Mbiti offers a massive reappraisal of ATRs that demands us to take seriously their integrity and positive value for Christian faith. It also allows Christian theology to see African religion as preparatory for the Gospel rather than as something that needs to be simply rejected and replaced in favor of Christianity.